What better time to recount a pleasant vacation than when it is a fond memory of a month past–the balmy days of mid-December? 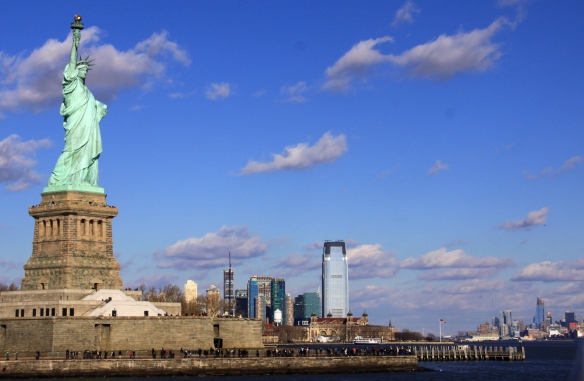 The Statue of Liberty with Ellis Island in the middle-ground and the Manhattan skyline in the background.

As a belated celebration of our first wedding anniversary and Sergey’s thirtieth birthday, we went on a trip to Philadelphia and New York City, and afterward went to Wisconsin. Our itinerary was packed. In Philly, we visited Independence Hall, the Liberty Bell, the National Constitution Center, the Museum of Art, the Independence Seaport Museum (first time on a submarine), Eyes Gallery (where I found more Mexican ceramic birds to add to my collection), the Reading Terminal and Italian Markets (where we sampled cheesesteaks). And we attended the Nutcracker Ballet where we sampled sugarplums (figuratively).

Perhaps the most momentous occasion was our room service breakfast, Sergey’s first and my second, paid for by our neighbor’s dogs. We were surprised to hear yapping on the other side of our room’s wall when we arrived. I didn’t recall ever staying in a hotel that permitted canine residents, but apparently Philadelphia is also Philadogia. Optimistically, we figured that since the dogs had barked the whole afternoon and evening, they would exhaust themselves, fall asleep at night, and leave us to snooze in peace. We were incorrect, and the next day raised the issue with the front desk staff, who apologized—we were apparently not on a dog-friendly floor—and gave us credit for breakfast. And that is how yappy dogs financed the pastries and coffee delivered to our door. 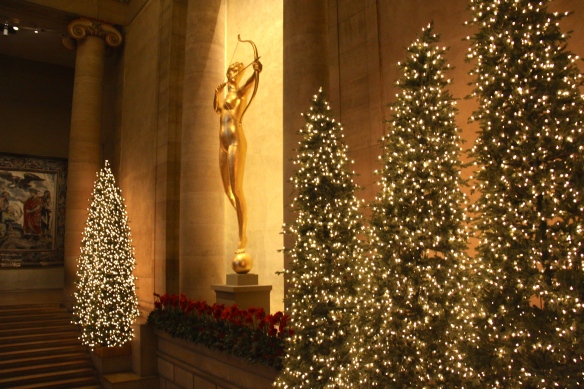 Statue of Diana at the Philadelphia Museum of Art

In New York, we spent seven days in the thick of the madding holiday crowds. I had not expected so many tourists to be hardy enough to confront the city in the dead of winter, but sure enough—our first day there, the coldest of our visit, our ferry to the Statue of Libery was packed with fellow tourists despite our faces being whipped numb by the harbor’s icy winds. It was a reminder of the difficulty of the transatlantic voyage many European immigrants made, passing through Ellis Island, where we walked through the great hall where thousands of new arrivals had been processed. How different that scene was from Sergey’s arrival in an airport the previous month! 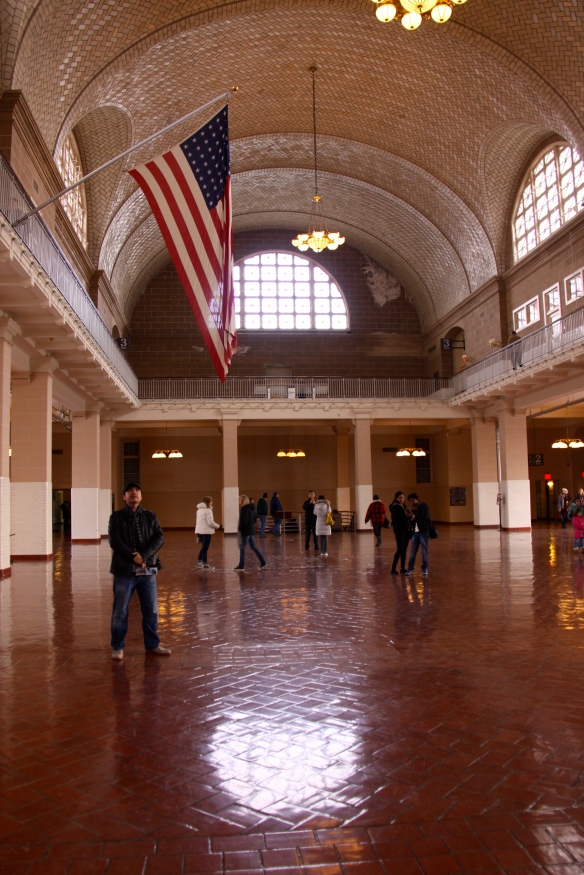 The processing hall at Ellis Island

Over our remaining days, we visited the Metropolitan Museum of Art, the City Museum, the Museo del Barrio, the Intrepid Air and Space Museum (second time on a submarine), the Empire State Building observation deck, and Ulysses S. Grant’s tomb (we were actually looking for a coffee shop). And we went to a Broadway show, the Phantom of the Opera! We wandered the streets of areas like Little Italy, Chinatown, Morningside Heights, Greenwich Village, Soho, and Chelsea. We were also able to meet up with two of my friends from Mount Holyoke. One of them suggested we visit the highline, an old elevated train track recently renovated into a city park. That day, Christmas Eve, the temperature had reached an uncanny seventy degrees, and on the highline above Chelsea we found trees in bloom and bees pollinating them. It was strange, perhaps a glimpse into the northern state’s future as our climate changes. 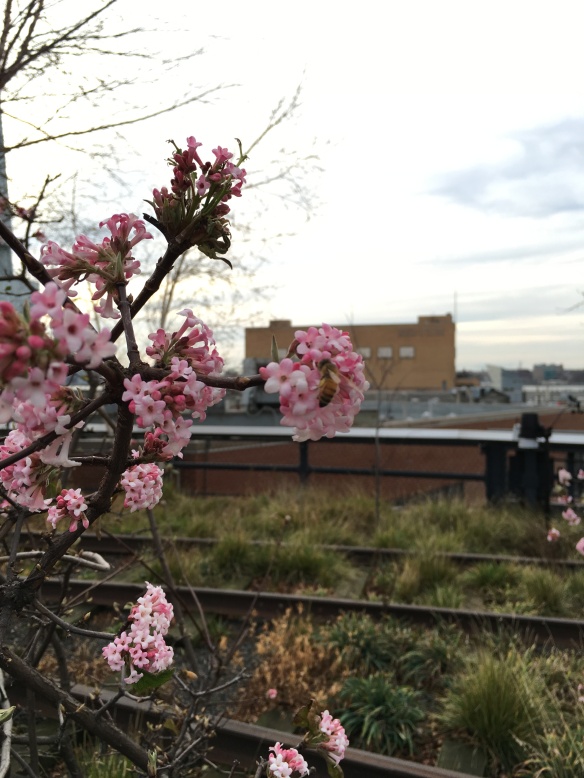 Blossoms and a bee on Christmas Eve.

Of course, some places still conform to December norms…. 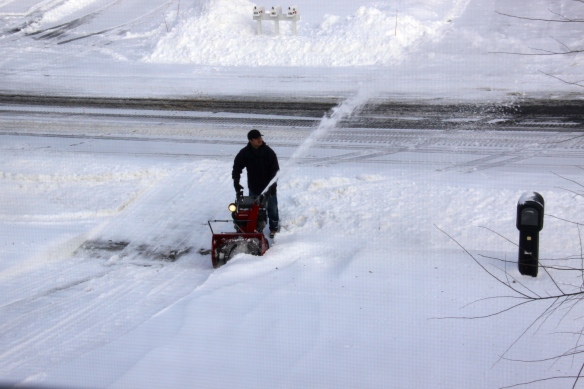